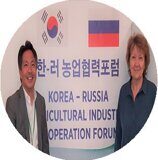 The Korean-Russian Forum for Agricultural Cooperation, held on June 11, 2019, in which RusAgroInnovations LLC took part, was devoted to the development of partnerships between South Korean and Russian enterprises. 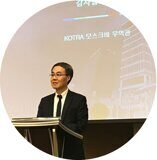 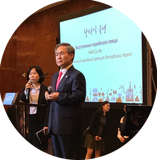 A solemn reception on the occasion of the National Day of the Republic of Korea took place on October 1. In his welcoming speech, the Ambassador of South Korea to Moscow U Yoon Geun noted that South Korea and Russia continued developing cooperation based on mutual understanding between the leaders of the two states. The General Director of RusAgroInnovations LLC, Svetlana Dolaberidze, was invited to the reception.