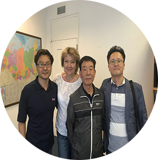 At the beginning of August 2018, a delegation of representatives of the Ponaflex corporation headed by the President and Chairman of the Board of Directors Mr. Kim arrived in Moscow. The products of the corporation are well-known in the world. The production is opened in Korea and the USA. The president of the Ponaflex corporation, Mr. Kim, proposed the General Director of RusAgroInnovations LLC, Dolaberidze, a project, which, in the opinion of the South Korean company, would receive a good economic effect. Both sides expressed their interest in further cooperation. 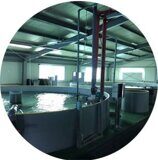 It is more profitable to farm fish in RAS (recirculating aquaculture system), than in an open reservoir22.04.2017 16:28

We managed to break the skepticism of the owner of the company Russian Nevod and one of the largest suppliers of fish and fish products in Russia, Aleksandr Pavlov, about RAS, and invite him to a meeting with our South Korean partners. Korean specialists told about high-density technology for fish production in recirculating aquaculture systems, which makes it possible to shorten the payback period and reduce losses by up to 3 percent, without the use of any drugs. 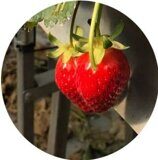 Having visited an innovative greenhouse complex in South Korea, from February 9 to February 12, together with the Head of the Plodovoe Peasant Farm, Svetlana Fedorovna Gavrilova, we had the opportunity to see for ourselves the excellent quality of the berries. It is important to note that Koreans are very serious about their health, so the high quality of strawberries is achieved solely through the selection of varieties and the use of high technology in structures and materials of greenhouses, so the taste and aroma of strawberries is no different from that of ground ones. Thanks to these qualities, the South Korean strawberry was highly appreciated by consumers in Japan and the USA.