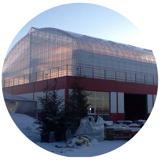 
Korean greenhouses have proven their worth in the Canadian market of greenhouses.However, rapidly upcoming Korean companies are not going to be complacent. Since the climate ofCanada is so similar to the Siberian weather conditions, they are planning to break into the market ofone of the most challenging Russian regions. After their success in Canada, Koreans are taking aimat Siberia. SGT, a Korean manufacturer, has already finished the mounting of its greenhouses in the peasantfarm enterprise of Gavriloff (the Tyumen Region). 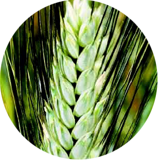 “Rusticano” is in the State Register of Breeding Achievements of the Russian Federation05.02.2015 00:16

Our local manufacturers got an opportunity to export premium quality seed. The “Rusticano” durumwheat sort was included in the State Register of Breeding Achievements of the Russian Federation. Due to its high quality, the sort is in demand among the largestpasta producers such as BARILLA, DE CECCO and others. 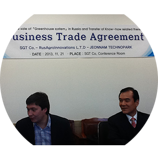 Today South Korea is one of the fastest growing countries. Its agriculture is also developing rapidly. The 1998 crisis became a special pulse for this country agriculture. The South Korean Government took up a plan for conditions for stable agricultural production, especially vegetable farming, animal agriculture and fish breeding. The plan was named White Revolution in the agriculture segment after the technologies of quickly erectable structures with synthetic coating for high economic efficiency of vegetable, potato, mushroom, berry production. Such structures guarantee successful development of anumal and fish breeding. For the purpose of the cooperation programme realization in the field of innovative technologies, on November 21, 2013 an exclusive cooperation agreement was signed by Russian company RusAgroInnovation, Korean company SGT and techno-park Jeonnam.